An Indigenous Solution: Deforestation in the Amazon 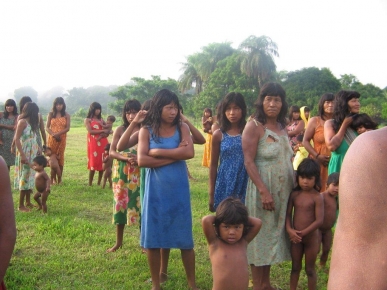 When I met Krentoma back in the 1980s, his people, the Panará, were just starting to recover from the devastating illnesses and culture shock that had nearly wiped them out on their first exposure to the outside world. I spent a year and a half in his village, learned his language and came away deeply impressed by the Panará’s determination to survive.

Years later, Krentoma reached out to me and several Brazilian colleagues who had founded the Instituto Socioambiental (ISA), an environmental organization that works to preserve the Amazon, as well as the rights and cultural heritage of its indigenous peoples. ISA is also one of EDF’s principal partners in Brazil.

By then, Krentoma understood land ownership – a concept totally alien to the traditions of his people. He also understood that the Panará’s  ancestral lands belonged, by law, to them. So he asked EDF and ISA to help his people return to their territory. 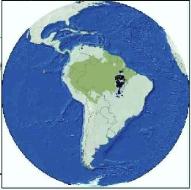 We soon learned that the core of the Panará lands had been overrun first by gold miners and then, starting in the 1990s, by cattle ranchers and farmers. However, there remained about 1.1 million acres of  intact forest – an area the size of Delaware – within the tribe’s traditional borders ( Krentoma lives a little more than halfway down the left side of dark blue area, above).

The Panará immediately said that they wanted this land back, but they would have to move fast, EDF and ISA discovered. An airstrip had been built in their territory, from which a group of ranchers was starting to subdivide the forest for sale. This was completely illegal, but also the most common form of land occupation in the Amazon.

Working with Krentoma, we helped the Panará to occupy the empty land, build a village and plant gardens so that we could bring in the government Indian agency, the National Indian Foundation (FUNAI), and start the process of official recognition of Panará indigenous land rights. The ranchers were furious, but there was nothing they could do.

Today the Panará again live on their remaining traditional territory, while their numbers have risen to roughly the level as they were in 1968. Their story is the story of many Amazonian indigenous tribes in the second half of the twentieth century. Virtually all of them were exposed to the outside world and suffered disastrous die-offs in consequence. Afterward, they fled or were pushed off their lands to make room for roads and dams and ranches and mines and cities.

Amazingly, many of these peoples survived, reasserted their identities and successfully fought to regain their lands.  Today, some 400,000 indigenous peoples control land in the Amazon equal to twice the size of California.  But with the exception of some groups, which continue in voluntary isolation, all face the Panará dilemma: they don’t want to cut down the forest, but they don’t want to live cash-poor, low-tech lives either.

Searching for the best mac restoration manchester organization probably means that you have been working with pc damage to some time now. Your mac restoration manchester organization that you might want is certainly one that would be in a position to swiftly check out your personal computer and commence getting to perform. Usage of crucial computer data is amongst the most important reasons why you cannot do without a computer. However, there are many mac restoration manchester providers that would consider much longer than anticipated. This kind of mac repairs firm is the main one you will need when a rapid restoration is vital. By making use of this mac repairs organization, choosing in a position to go with your personal computer right away in any respect. Label this mac repairs program and you will be pleased together with the results. macwin levenshulme http://mac-win.co.uk

Hey there just wanted to give you a quick heads up. The words in your post seem to be running off the screen in Ie. I'm not sure if this is a format issue or something to do with web browser compatibility but I figured I'd post to let you know. The design and style look great though! Hope you get the problem resolved soon. Cheers

A family member referred me to your website. Thank you for the details.