We need to rethink how climate change impacts migratory species

By Stacy Small-Lorenz
Stacy is a conservation scientist in EDF's Washington office who focuses on wildlife issues.
Published March 18, 2013 in EcosystemsScience 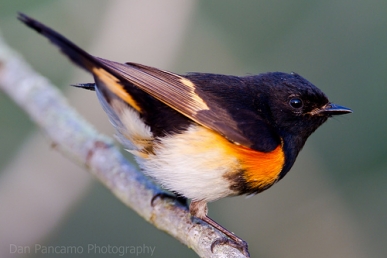 Scientists estimate that climate change could drive at least 1 in 10 plant and animal species extinct by the end of this century. It is already altering the habitats of some iconic animals – like polar bears or corals — faster than they may be able to adapt. Less well understood are the ways that climate change will affect migratory species that undertake long journeys between their wintering and breeding grounds. In a commentary in the February issue of Nature Climate Change, my colleagues and I discuss ways to improve how we assess climate change impacts on these long-distance travelers.

Migratory species, which include many birds, as well as some fish, mammals, reptiles and insects, face a complex set of climate change impacts (on top of  other man-made problems like habitat loss and pollution). The effects of climate in one location, say drought on a bird’s wintering grounds, could manifest themselves on breeding grounds hundreds or even thousands of miles away.

Take the American Redstart. This small songbird makes an annual round-trip journey between its tropical wintering grounds and forested northern breeding grounds in the United States and Canada. Drier Caribbean winters have been linked to smaller breeding populations in the northeastern U.S. This suggests that less food in winter leaves them in poorer condition as they arrive on their breeding grounds in spring.

As we point out in our commentary, the redstart’s story illustrates why we need to look at the entire annual cycle of a migratory species if we wish to understand the impact of climate change on its chances of survival. Unfortunately, methods currently used in the U.S. to rapidly assess the relative impacts of climate change on many species, known as climate change vulnerability assessments, often consider just part of the story by only looking at the part of the year in which a species is present here, usually during breeding season. The rest of the annual cycle is frequently overlooked.

Migratory species cover a lot of ground and cross many geopolitical, ecological, and land ownership boundaries. Understanding where and when along the journey they are most affected by human impacts is critical as it will allow us to better determine where and when conservation action is most urgently needed.

As more data emerges on the connections between breeding and wintering animal populations, scientists will be able to formulate a much fuller picture of how migratory species are affected by climate change and other man-made disasters. It’s urgent to get the science right sooner rather than later, because getting it wrong now could mean missed opportunities for saving imperiled wildlife in the future.

The clobber of a avenue boutique certainly depends upon the mass and amassment of masterpiece it has to do. There are unalike sizes of machines of the same big-hearted pro machining opposite sizes of castings and forgings, also there are contrasting kinds of machines for the perks of doing the unchanged kind of work in disparate grades of refinement. An monetary cogitation is to have in it as at best entire machines as presentable to do as grievous a sweep of fluster as believable, and this is get the better of au fait whilom choosing high-grade machines which are not exclusive adapted to mark of profession,
http://www.2uh.pl/tag/autyzm/
http://www.moje-strony24h.com.pl/biznes,i,ekonomia/wyposazenie,sklepow,…
http://nerofa.tgory.pl/biznes-i-firma/4118/
http://katalog.linuxiarze.pl/tag,rent,a,car,katowice/
http://briach.kartuzy.pl/?p=852