Science: The driving force behind our work

At EDF, science is our compass. We were founded by scientists, and now — over 50 years later — science still drives all that we do.

We have dozens of scientists on staff who track, review, conduct and apply cutting-edge research and regularly collaborate with the best scientific minds from other leading institutions.

Our scientists scan the horizon for emerging issues that could demand our attention.

Taking the lead on methane leaks

For example, several years ago EDF chief scientist Steve Hamburg identified a critical lack of data on methane emissions, which can leak from oil and gas infrastructure.

Methane is a potent greenhouse gas, so it's important to know the scale of the problem. To close the data gap, we organized a massive collaboration with 90 academic researchers and companies to conduct a series of 16 research projects measuring methane emissions along the natural gas supply chain.

This work already has been instrumental in helping the federal as well as state governments create plans of action.

We’re also launching a satellite to locate and measure methane worldwide, giving companies and governments the ability to track, quantify and reduce emissions. 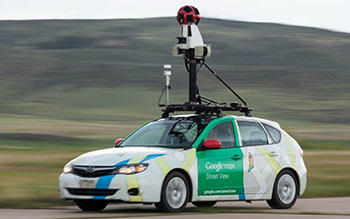 This method makes pollution visible to the public and provides utilities with a new tool they can use to cut emissions.

"This project puts information in the hands of people who can make a difference and change the world," says Karin Tuxen-Bettman, a program manager with Google Earth Outreach.

EDF has studied the health effects of air pollution, too. In Oakland, we demonstrated that a network of low-cost sensors can provide the kind of powerful data needed to advocate for cleaner air.

Updates on our science work

END_OF_DOCUMENT_TOKEN_TO_BE_REPLACED

Posts by EDF experts, written for a general audience